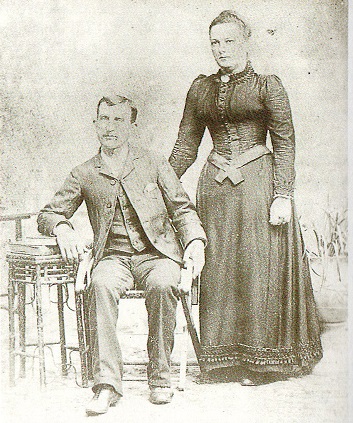 COGDALE Alfred George  was born abt 1875 he died 3rd October 1936.  His parents were Thomas William and Ellen nee ANDERSON.

Ernestine was born on the 19th December 1874 at Waterford and died in 28th June 1935 and is buried in the Lutheran Cemetery at Bethania.  Her parents were George Frederick RICK (WRUCK) and Friedericka Johanne Louise nee BEUTEL.

The Photo is from the Logan City Council Logan the Man The River and the City.

Last modified on Saturday, 22 February 2020 15:36
Tweet
Published in Weddings Pioneers and their Descendants.
Tagged under

More in this category: « Flesser Friedrichs »
back to top