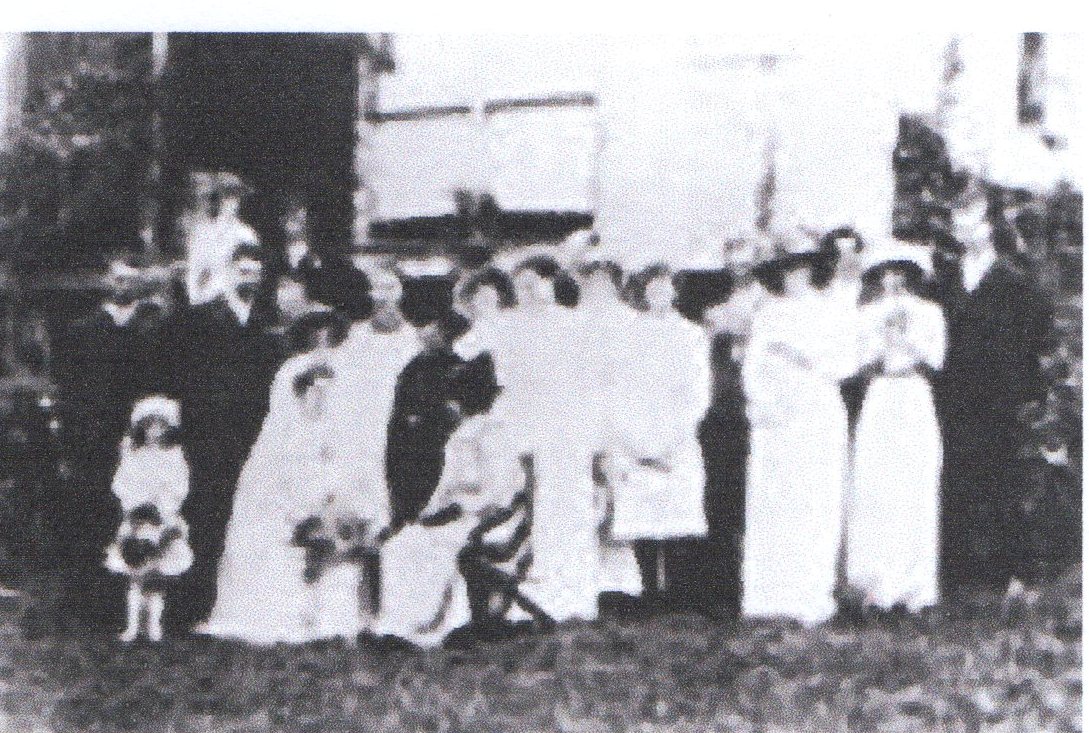 JENYNS Robert Sylvester (Bob) was born on the 22nd June 1889 Sylvania, Bromelton, Queensland.  He died 28th March 1939 in Brisbane, and was cremated at Mt Thompson in Queensland.  His parents were Joshua JENYNS and Sarah nee BARNES

Dorothy was born on the 10th June 1894 in Queensland and died 17th March 1978 and is buried in Cemetery at North Tamborine.  Her parents were John ROSSER and Grace Hanna nee HALL

The Wedding photos are from the Queensland State Library “Weddings”

Last modified on Friday, 06 March 2020 17:08
Tweet
Published in Weddings Pioneers and their Descendants.
Tagged under

More in this category: « Barnes Rosser »
back to top