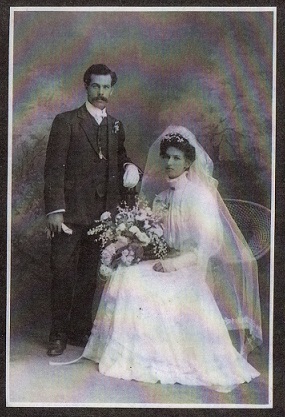 Married on the 19th January 1910 in Kangaroo Creek, Moore, Queensland.

They are both buried in Gatton Cemetery.

The Photo is from the Hawkins book Venelia.

Last modified on Friday, 06 March 2020 16:59
Tweet
Published in Weddings Pioneers and their Descendants.
Tagged under

More in this category: « Cohen Kratzmann »
back to top