The Museum is open

and other times by arrangement

The Logan Village Museum complex is set with in the Logan Village Green complex.  This area is bounded by Wharf Street, River Street and Logan Street.  This is a collection of historic buildings with two being original to the site, therefore heritage listed.  The other buildings have been moved to the complex and renovated.  All buildings except for the upper floor of the old school, and the new Railway Hut have wheel chair access.

All of these buildings are used for a number of purposes, and can be hired by Community Groups by an hourly rate. 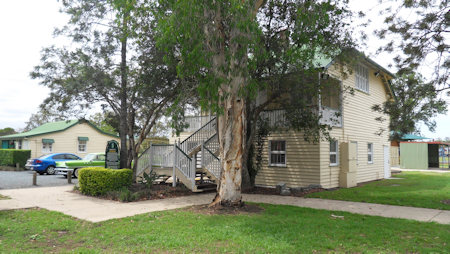 The original school Building was built in 1902 and remained as a School until 1982.  The school house is used for community meetings both upstairs and down and is heritage listed.

This photo shows on the left where the Doo Drop Inn was positioned before it was relocated to its present position near the Museum buildings. 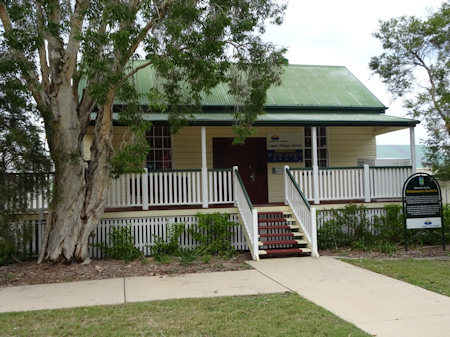 The Teachers Residence which is now the Logan Village Library is in its original position. 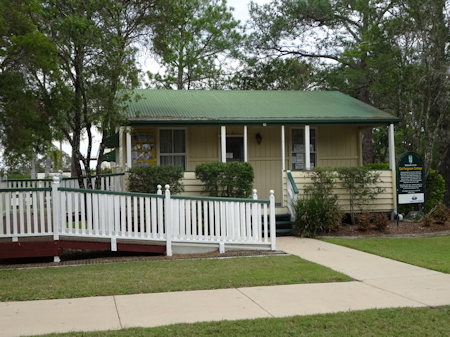 The Col Ferguson Cottage is used as a meeting venue by many community groups.  It original position was in River Street. 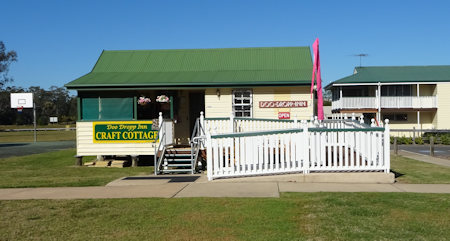 Doo Drop Inn is our wonderful Craft Cottage, where visitors can see such a wonderful display of home made items.  This now has wheel chair access. 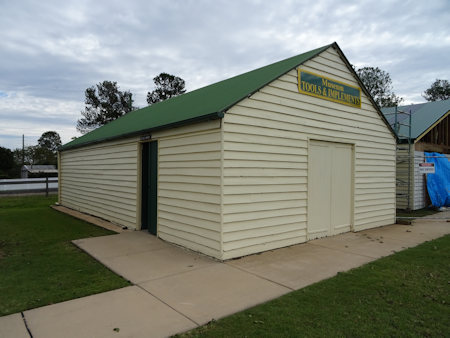 The Dance Hall was built cir 1866 in Quinzeh Creek Road.  It was moved to the corner of Wharf and Albert Streets cir 1887.  After this it was used for various reasons, blacksmith shop, garage and store area.  It was dismantled and donated to the Village Green in the early 1990s.

Within this building will be found many items including, tools, farm machinery, bottles, and drawings by Keith Schmidt and Mike Adams. 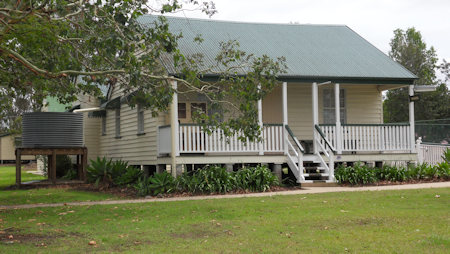 The Museum house is the original Fettlers Cottage at Buccan, near Stegeman Road. This was moved to its current position in the mid 1980s.  It was first used as a second hand shop before becoming our pride building for the Museum.  The Museum was officially opened in 1989 the bicentennial year.

Within this building can b found Indigenous History, Photos of past Music Festivals, maps, china, bedroom articles of by gone times, a kitchen full of lovely items.  Also this is where you will be able to ask about the history of the area, and also the genealogy of the pioneer families.  There are also some books on the area for sale. 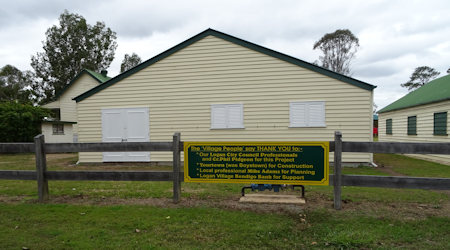 The new Pioneer Hall was built with assistance of a grant from the Logan City Council.  This was completed in August 2016. This is looking at the hall from the River Street entrance.

Within these walls is an impressive display of ANZAC history.  This includes photos and service records for over 230 ANZACs related to the area.     There is a display within 2 cabinets donated by McGuire's Hotels which house ANZAC items through to a current display of current conflicts.   The Logan Village School is highlighted with as many year photos as have been found.

There is a Wedding Wall which has over 200 photos of the Pioneers and the Descendants until current times.

There is a display of a horse drawn buggy, saddles and a camera collection which shows how these most popular items have changed throughout the years. 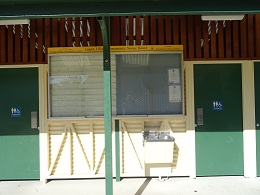 This is the Community Notice Board.  Its original position was outside the Grocery shop where Woolworth now is.  It has been used for many years by various Community groups and is not managed by the Museum.  It is situated on the undercover wall of the toilet block. 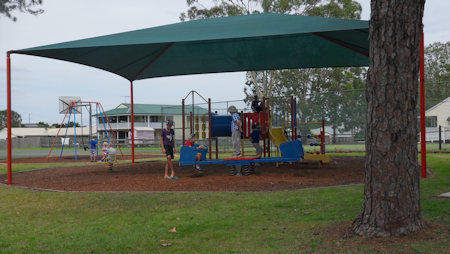 The Village Green has a lovely playground for the children, and is covered and has a bark chip floor 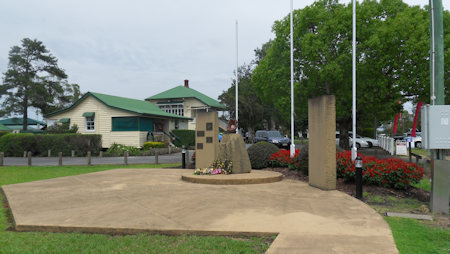 The Village Green also has a Cenotaph which is used by the Logan Village R.S.L. for both ANZAC Day and Remembrance Day. 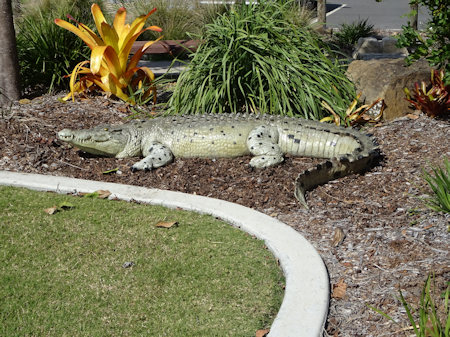 In 1905 the famous Crocodile was shot in the Logan River.  This certainly made headlines in the newspapers of the day, and in the community.  This is a photo of the replica which is 10 cms shorter than the real one.  This was given to the Village by a grant from Councillor Don Petersen of the Logan City Council in 2016.  Don was a long time supporter of the Museum from his days as a Councillor of the Beaudesert Shire Council. 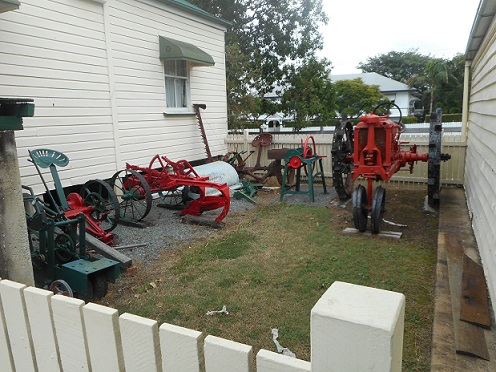 This is our Machinery area.  We have a tractor, chaff cutter, mower and plough along with other items.  All donated by local families.

The latest addition to our Buildings.  This is a Railway Hut.  These were found all of Queensland of the same build, used for storing items until the next train would arrive.  This building has had a chequered history.  Its origin is unknown other than it came from the Old Beaudesert Shire Council area.  It was moved to Palen Creek prison farm for use as housing for 2 prisioners.

It was then moved to the Logan Village Riding Club behind Olive Merv Musch's park.  For many years it was used and after many floods and damage it was no longer needed.  So by courtesy of Logan City Council's, Councillor Laurie Koranski's Community fund, it now situated on the Green.  Within this building you will find many photos of the Train Line and Flooding of the River.  There is also some items associated with the train use over the years.

It is the only building in the complex which doesnot have wheel chair access.

More in this category: « Weddings Cemetery »
back to top